The biblical symbolism of north, south, east, west, up and down in dreams – plus real dream examples.

Have you ever dreamed of traveling north, or rising higher?

Have you ever considered that the direction in your dream could be significant?

In this article we will unpack some meanings of the four main compass directions, plus up and down. We will explore what they could mean from a biblical perspective, with some real dream examples.

I approach dream interpretation from a biblical perspective. My belief is that our dreams can come from God, and understanding them is best understood within the context of an ongoing relationship with Him. 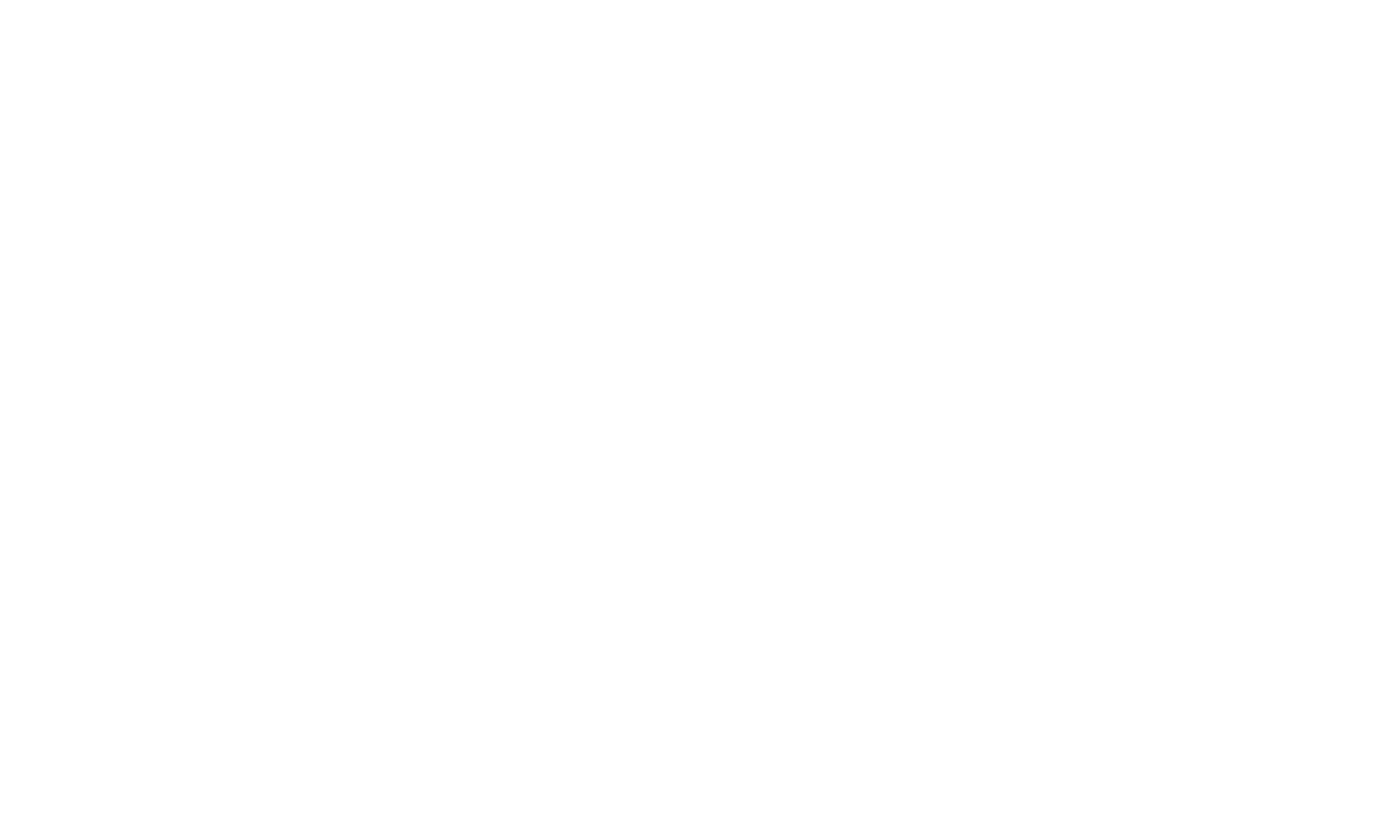 The symbolic nature of dreams

Firstly, if you have just come across this post and are new to dream interpretation, it is worth mentioning that dreams are symbolic in nature. You might find it helpful to read Understand your dreams: A bible-based introduction to dream language and my 3-step dream interpretation method to give you a foundation.

Secondly, remember that dreams are personal, so the meanings that I suggest may not apply to your specific dream. But please feel free to use my ideas as a springboard to thinking and praying about dreams yourself. Don’t take my ideas as gospel, but rather let them help you start to think metaphorically.

Introduction to directions in dreams

Directions are a difficult subject to address in dreams – because much of their personal meaning to you as a dreamer depends on where in the world you are! Directions in the Northern Hemisphere are going to have a different significance to those in the Southern Hemisphere or those near the equator.

The meaning of directions in dreams is often personal, and related to the geographical location of the dreamer.

For example, here in the UK, north would represent cold weather. South suggests holidays and the warmer climates of the Mediterranean. However, in your country those directions may have totally different connotations!

Many of the bible references to north, south, east, and west relate to the geographical areas and nations that surrounded Israel. These are not particularly relevant to our dream life. But we can learn from the principles – and apply those to the meanings specific to our location!

The four points of the compass

It is worth mentioning that the four compass directions (when mentioned together) are used in the bible to represent the four corners of the world. In other words, they represent everything – in all directions! Here are a couple of examples:

In dreams, the number four (representing the four directions) is often used in the same way, to represent the natural world (as opposed to the heavenly places).

The directions have different meanings when they are use individually. There are, however, some universal biblical associations with each one, and with up and down. It is these that we will explore in this article.

There are many references to north and south in the bible. In symbolic language, north is generally associated with being the place where the throne of God resides, in the heavens.

So, in dreams, this means that:

Personally, I have found this to be the way north and south are mostly commonly used in my dreams.

On our modern maps, north is often associate with ‘up’, and south is ‘down’. we sometimes use those words interchangeably (see up and down below).

Something coming from the north

In the bible, the north is sometimes associated with a powerful armies or kings. This is specific to Israel, but ties in with north representing God’s dwelling place, as He is the One True King. Things coming from the north would then be things coming from heaven like blessings or judgment.

So in a dream, something coming from the north might mean the following:

Tip: Heavenly judgment always works for our good (Romans 8:28) – especially now that we are judged righteous in Christ (Romans 8:1). Things released from heaven are always in our best interest ultimately – even of they don’t seem like it at the time!

Other biblical meanings of south

In the Northern Hemisphere (like in Israel) going south often represented warmer climates or desert heat. In the following location, south was associated with the refreshing streams in that area. In a positive dream context, this could relate to peace, rest or restoration.

A hot/uncomfortable desert wind was also compared to a time of testing/refining, or things ‘hotting up’, which is to increase in intensity or pace.

The meaning of east and west in dreams most commonly relates to east being the direction of the rising sun, which can symbolise God’s glory (light coming) and new things in general. West is the place of darkness and the setting sun.

So, in dreams, this means that:

Thankfully, this meaning is the same worldwide (except for the unlikely event that you are at one of the poles)!

Dream symbols: Up and down

The meaning of up, upwards, or higher

The meaning of up in dreams relates to moving to a higher spiritual position, or getting closer to God. This could be by going up steps, flying up in a plane, or going up in a elevator for example.

Up usually symbolises moving to a higher spiritual position, or getting closer to God and the heavenly realms.

This meaning is mainly because the sky is up – and usually represents the heavenly realms (see the colour blue for more on that subject).

Another link is that, in the bible, Jerusalem is always referred to as ‘up’. That is because it was on a hill, so they always had to go ‘up to Jerusalem’! The temple and the presence of God were at Jerusalem, so going there was like approaching God. In addition, they often encountered and worshipped God in high places (like up mountains).

Being higher can also represent having a higher (heavenly) perspective – if you are above something or looking down on a situation. Linked with this, is the ability to rise above a situation or take a more mature/higher approach.

Up can mean a better position in general. In English we say ‘things are looking up’ to mean that things are improving, or looking better.

On modern maps, up is usually north, again linking to the concept of a higher spiritual position, or an improved situation.

Up in a negative context

Up is nearly always positive. But, if it does appear in a negative context in a dream, it could be pride, trying to Lord it over others, or trying to get to a higher place by our own effort.

In a negative context, up could represent pride; uphill could be difficult progress.

Consider the image of the tower of Babel, which was when people tried to reach the heavenly places through their own strength. False gods were also worshipped on high places – suggesting idolatry.

In English, we talk about things being an ‘uphill struggle’, which means that progress is difficult. The dream context (e.g. if we were struggling to climb up something) would indicate whether that was the meaning. It might be that we need to seek God’s help rather than doing things in our own strength.

Meaning of down, downwards, or lower

Down, as a direction, is the opposite of all the above!

It could be backsliding, or losing that higher spiritual perspective. It suggests having a more natural/earthly position rather than a heavenly one. In that respect it is similar to south.

It usually suggests things getting worse. We even talk about things ‘going south’ or ‘going downhill’, which means that things are taking a turn for the worse.

Down in a positive context

However, being lower, or going down, can have a positive meaning if it appears in a positive context.

It could mean humility, or being aware of our humanity. See the colour brown for a more detailed explanation of this subject.

In a positive context, down can mean humility; dowhill could be quick/easy progress.

I have also dreamed of making myself lower (e.g. ducking my head or climbing under something) in the sense of ‘becoming like little children’. Sometimes we have to lower our position (thoughts/attitudes) in order to relate to others – or to receive what God has for us.

As always, check the context of the dream. For example, if you are whizzing downhill on skis, loving every minute, that will have a different, positive meaning for you. In that scenario, it would be suggestive of easy/quick progress.

Real dream example: Up and down

We have seen that in the bible these different directions are generally associated with the presence of God and our spiritual position in relation to that.

Directions also have other meanings depending on the context. Always check the dream setting, and whether the symbol is being used in a positive or negative context.

There can be personal or cultural meanings – and ones which relate to your geographical location and the people group/nation/climate in that direction.

And finally… remember that God always brings hope for change and a positive future. So even dreams that initially seem negative (like going down) are there to explain what season we are in and why things are happening to us – and to help us make course corrections if necessary.

I hope you have found this article helpful. If you want to know more, do or subscribe to my emails below to receive regular helpful dream interpretation tips. 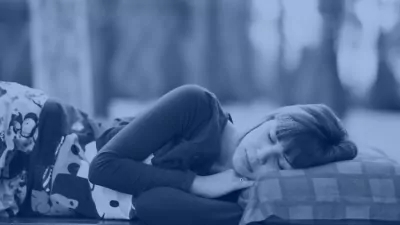 Don’t miss out! Sign up to recieve email notifications of new articles.

More on this theme

How to understand dream symbols: 10 questions to help identify their meaning, plus real dream examples.

Dream symbols: Right, left, front, and back – and what they mean

The biblical meaning of right and left, and front and back, in dreams; plus real dream examples.

Are dreams in the bible? What does the bible say about dreams? Includes over 70 bible references on the subject.

Hi, my name is Jenny. I live in the Southeast of England. I am a wife, a mother of three grown-up boys and a lifetime follower of Jesus Christ. I mostly write about understanding dreams and visions, hearing God’s voice, and knowing God personally. View all posts by Jenny Needham

2 thoughts on “Dream symbols: North, south, east, west, up, down – and what they mean”